Use of 'Check In Scotland' Covid service plummets

The number of people using the Check in Scotland service to register at venues has plummeted in recent months, new figures show.

But the average number of check-ins per day is now almost 65% lower than the peak in early June.

The voluntary Check in Scotland facility was launched in April as a way to help businesses effectively collect the contact details of their visitors and customers.

Hospitality, tourist attractions and hairdressers are among those asking customers to scan a QR code poster via their smartphone camera to share details.

Check In Scotland then uploads the name, email address and mobile phone number of each user to a secure centralised database along with the time of their visit to each venue.

NHS figures released to BBC Scotland under freedom of information laws show the number of check-ins per day between 28 April and 16 December.

The service's high point came in early June when there were an average of 116,816 check-ins per day.

The weekends have been the most popular time for people to use the service.

Comparing two months of 2021 with eight weekend days in them, we can see there was an average of 137,880 check-ins on a weekend day in June.

Thousands of businesses are using Check in Scotland but the service is voluntary and other ways of collecting the required customer details, such as capturing them when online bookings are made, are also being used. 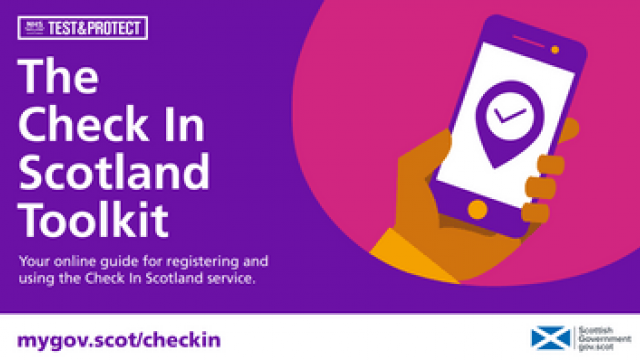