The Dumfries & Galloway Arts Festival’s newly developed 10-day Festival for 2021 reached new audiences and supported people across the region and beyond to experience world class performing arts, keeping the event on the map as Scotland’s largest rural performing arts Festival.

Their Hame’ll Dae Me programme delivered 68 performances over the 10 days, focusing on celebrating the best that the region has to offer from the landscape to the people, creating a platform to bring communities back together and tell their stories.

The team delivered four new elements to their programme, The Talking Horse, D&G Arts Festival at Hame, Pop Up Performances around the region and their Showreel project.

Developing the new concept for the 2021 Festival, allowed them to reach countless people that had never attended the event before in the heart of communities and online bringing live performances to over 950 local people and digitally reaching over 6,500 people in care homes, with group screenings for community groups and supporting accessibility with live captioning, audio description and BSL interpreters.

Touring the region, they visited Annan, Stranraer, Dumfries, and Castle Douglas setting up the venue to support local artists to perform at the heart of their communities again. There were 4 performances each day from emerging and established artists many of whom hadn’t performed for 18 months since the start of the pandemic.

The shows were sell-out hits, with performances from professional trad musicians such as Claire Mann & Aaron Jones, BBC singer/songwriter of the year nominee Kate Kyle, the young magician of the year Brandon Barrett and supporting emerging performers such as Sarah Law, Jodie Rae and Chelsie Nash through their Stage iT youth commission programme.

At each location, they created a mini Festival, where people could enjoy the day and the atmosphere created by the team, a hub of activity for each community they were able to engage with audiences on the ground bringing world-class artists to their doorsteps.

Over the 2 weekends, the Festival also showcased the work of 4 local artists who are nationally acclaimed and supported local venue, the Theatre Royal Dumfries, after remaining closed for 488 days due to the pandemic. Even though they were working with very reduced capacities all four shows sold out within 24 hours of promoting each act and the events were live streamed as part of their D&G Arts Festival at Hame programme.

Opening the Festival this year was internationally acclaimed comedian, and local lad, Mark Nelson fresh from his very successful lockdown gigs with the Stand Comedy Club. Then they had show from Smith & McClennan, award-winning local musicians who have travelled far and wide sharing their sublime double vocals, guitars, accordion and viola.

The team also premiered a show from a new band, The Lucky Doves, fronted by local musician Grant Dinwoodie, an emerging 5 piece from Scotland and their sound is described as what would happen if you combined The Pogues and The Waterboys into one slick sound.

Closing the 10-day Festival this year, The Firelight Trio performed their beautiful instrumental music with Ruth Morris on the Nyckelharpa, Gavin Markwick on the fiddle and Phil Alexander on the accordion playing their evocative European folk that is endlessly exciting in its journey.

Working online was a new challenge for the Festival team this year, creating an online Festival experience that would engage with people not only in Dumfries & Galloway but create a platform for local artists on a national scale.

Creating an online programme, enabled the team to take the programme into local care homes with residents being able to watch work throughout the week and this is something that they are looking to expand on next year.

As zoom has become such a staple in our daily lives, the Festival incorporated many fun and exciting shows such as Goose’s quizzes, Love Letters at Home by Fuel & uninvited guests and the Scottish Ensemble focusing on mindful listening to their beautiful sounds.

Local artists also popped up across the region, appearing in many unique and exciting locations such as the beautiful landscapes of Sandyhills and Powfoot beaches; town centres in Newton Stewart, Dumfries and Moffat; key landmarks such as Langholm Monument and Mill on the Fleet; and tourist hotspots such as Loch Ken Holiday Park, Crawick Multiverse and Portpatrick Harbour. They ran Monday to Friday, bringing live work to the heart of communities across the region.

With the threat of further lockdowns and restrictions being uncertain in the run up to the event, the team ensured they had a strong contingency plan and filmed the artists performing before the Festival as part of their Showreel project to safeguard the performances if restrictions in place meant that live events had to be cancelled and this now allows the Festival to support the artists to create a portfolio of work and they will be releasing a showcase to promote the region with the footage later this year.

Not being able to deliver their ‘normal’ 10 Day Festival forced the team at the Dumfries & Galloway Arts Festival to think outside the box rip up the rule book for what performing arts in the region looks like, supporting artists, audiences, and local businesses to open and perform again amidst some challenging circumstances. New models will be developed for future Festivals, ensuring that artists from the region remain at the heart of their work.

The team are busy planning for the 2022 ten day Festival which will take place from the 19th – 29th May 2022 and they have an exciting programme of work with live shows this Autumn/Winter as part of their year-round Arts Live programme. For more information on their year-round programme of events, visit www.dgartsfestival.org.uk 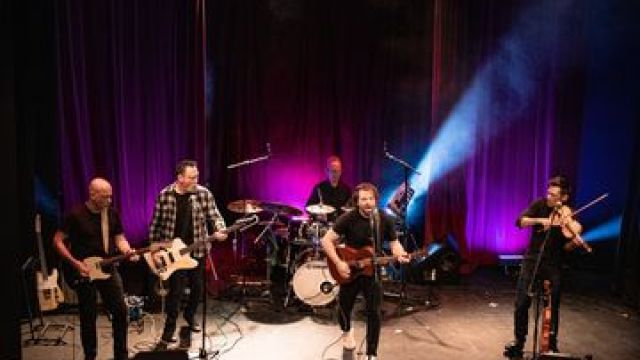