LOCAL parliamentarians David and Oliver Mundell have urged First Minister Nicola Sturgeon to drop plans to push for another independence referendum and instead focus entirely on rebuilding from the Covid-19 pandemic  Announcing her Programme for Government in the Scottish Parliament on Tuesday, Ms Sturgeon revealed that the nationalist SNP-Green administration would publish an independence White Paper with the aim of hold a referendum within the next two years.

But Dumfriesshire MP David Mundell and constituency MSP Oliver Mundell have warned that continuing to combat the pandemic, growing the economy, protecting jobs and strengthening public services like health and education should be the Scottish Government's only priorities.

Mr Mundell told the House of Commons during Scottish Questions on Wednesday the decision was 'shameful.'

He said: "Shameful and a disgrace are words that Nicola Sturgeon likes to bandy about against her opponents but they truly apply to her announcement yesterday that, while Scotland continues to have one of the worst covid rates in Europe, she is diverting resources into another divisive independence referendum."

Mr Mundell asked Scottish Secretary Alister Jack to confirm that the focus of the UK Government would be to work constructively across the United Kingdom to defeat Covid, to save jobs and to restore the economy?

Mr Jack responded: "My Right Honourable Friend is absolutely right. Our focus is on rebuilding the economy. Our focus is on restoring our NHS and I think most right-minded Scots would agree with me that using civil service resources to design a prospectus for independence is the wrong thing to be doing at this time."

Later Mr Mundell said: "With the SNP, breaking up the United Kingdom is always top of their agenda, while the issues that really matter to people in Dumfriesshire are sidelined.

“We need a Government fully committed to dealing with Covid and it’s aftermath, and they should be pouring all their effort into rebuilding Scotland. Instead, the SNP/Green Government will be distracted by trying to build a new case for independence.

“It’s time the Scottish Government got its priorities straight, put independence to one side and concentrated on improving the quality of life of communities like ours."

Meanwhile Oliver Mundell said: “At a time like this, Scotland needs a government that is working for the whole country, but this latest push for independence shows that the SNP and their Green allies are only really interested in dividing us.

"The Scottish Government are putting their obsession with independence over jobs, schools, health and the environment and trying to ensure that rather than working together with the UK Government to rebuild from Covid, as most people want, they are creating conflict instead.

“That’s why we are demanding the SNP and Greens take the issue of independence off the table and focus instead on the issues that are really important.” 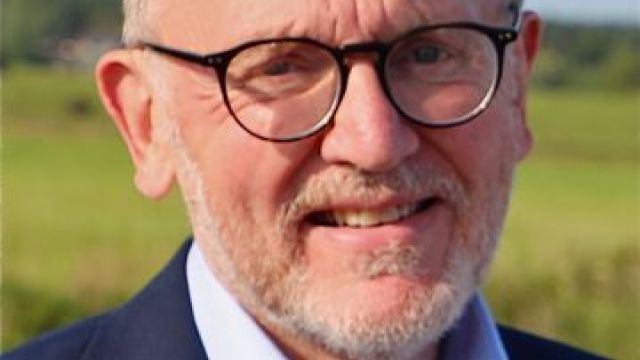