The First Minister updated the Scottish Parliament on the Scottish Government's plans around COVID-19 testing for international travellers and on the development of a vaccine certification scheme.

The Scottish government has yet to take a decision on whether it will follow the UK government in changing the requirements on taking tests before and after international travel.

The First Minister indicated that she would be weighing up the economic costs of stricter travel rules against public health concerns and that a decision would be made in the next few days.

On vaccine certification, the First Minister confirmed that the scheme will go live from 5am on the 1st of October.

The First Minister also confirmed the government's intention is that certification will be required for any venue that meets all of the following conditions:

1. it is open between midnight and 5am,

2. it serves alcohol after midnight,

3. it provides live or recorded music for dancing.

4. it has a designated space - which is actually in use - where dancing is permitted.

The First Minister stressed that certification will be required only if all four of those factors apply, saying that detailed draft guidance would be published ahead of the regulations.

Responding to the Scottish Government’s COVID-19 update and confirmation of additional settings where vaccine certification will be required, Dr Liz Cameron, Chief Executive of the Scottish Chambers of Commerce said:

“The Scottish Government’s vaccine certification proposals were confusing when they were first brought forward and the proposed scheme as it stands today goes well beyond what was initially proposed.

“The criteria and definition now set out by the Scottish Government will unfortunately, by default, extend to many of our hotels, pubs, major sporting events and other hospitality and tourism businesses. Thousands of these businesses will now be caught up in vaccine certification rules, with little time left to understand, plan and implement them before the deadline of the 1st October.

“Industry associations and businesses have been attending meetings with Government officials in an attempt to identify and resolve issues with the scheme. We have made it clear that the practical application of what is being asked is not workable in the timelines being proposed. In addition, there are still no details around enforcement and it is becoming clear that the Scottish Government expect businesses to bear the burden of implementation costs, without any financial support whatsoever.

“Scotland’s economy remains fragile, and many businesses remain in survival mode. There is no doubt that vaccine certifications will serve as an economic deterrent. We have offered to work with the Government to help design appropriate solutions which will save jobs and save businesses, whilst continuing to encourage as many people as possible to get the vaccine.

“Businesses will not be prepared and ready for the 1st October and we ask again for a rethink.”

“The changes announced by the First Minister will be welcome with the green and amber lists being merged from 4th October. This is the right step towards fully re-opening Scotland’s international travel sector.

“The Scottish Government however must come to a swift decision on the future of international travel restrictions, specifically around the continued need for Day 2 PCR testing for fully vaccinated travellers, which will be removed in England and has the potential to cause serious economic harm to Scotland’s travel, tourism and hospitality sectors and the broader business community.

“A four-nations approach to re-opening up Scotland’s international travel sector is essential to supporting Scotland’s aviation sector and Scotland’s economic recovery. Without alignment, Scottish airports and businesses will miss out on vital trade and business as passengers seek out more cost effective and less restrictive travel options south of the border.” 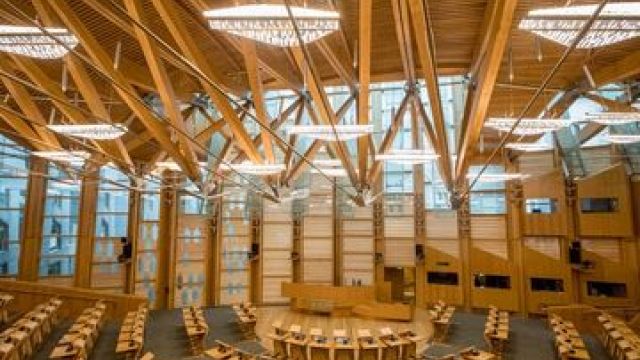